Q & A with Graham Nash and John Hartmann 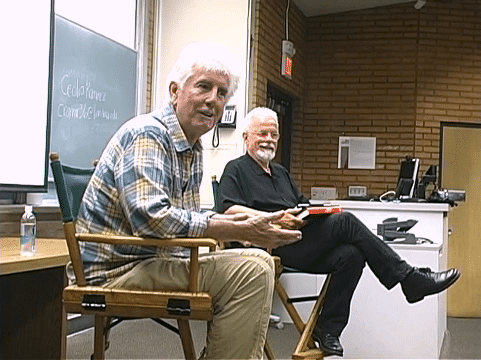 Q & A with Graham Nash and John Hartmann

Graham William Nash was born in an upstairs room in Blackpool, England during WWII. He grew up to be  a musician, singer, songwriter, photographer, and activist. Graham is best known for being a member of the Hollies and later supergroups Crosby, Stills & Nash and Crosby, Stills, Nash & Young. Graham is a member of the songwriter's Hall of Fame and was twice inducted into the Rock and Roll Hall of Fame. Queen Elizabeth II appointed him an Officer of the Order of the British Empire in 2010.

We first met in 1971 when I joined his management team at the Geffen Roberts Company. Five years later he and partner David Crosby joined the management roster at Hartmann & Goodman.

It has been my honor to serve him as personal manager and it is a privilege to call him my friend. He visited my class at Loyola Marymount University in 2015. The following video is a portion of his guest appearance.

Music Management Course Online with John Hartmann
For those who are serious about taking their careers as a musician or artist to the next level, John