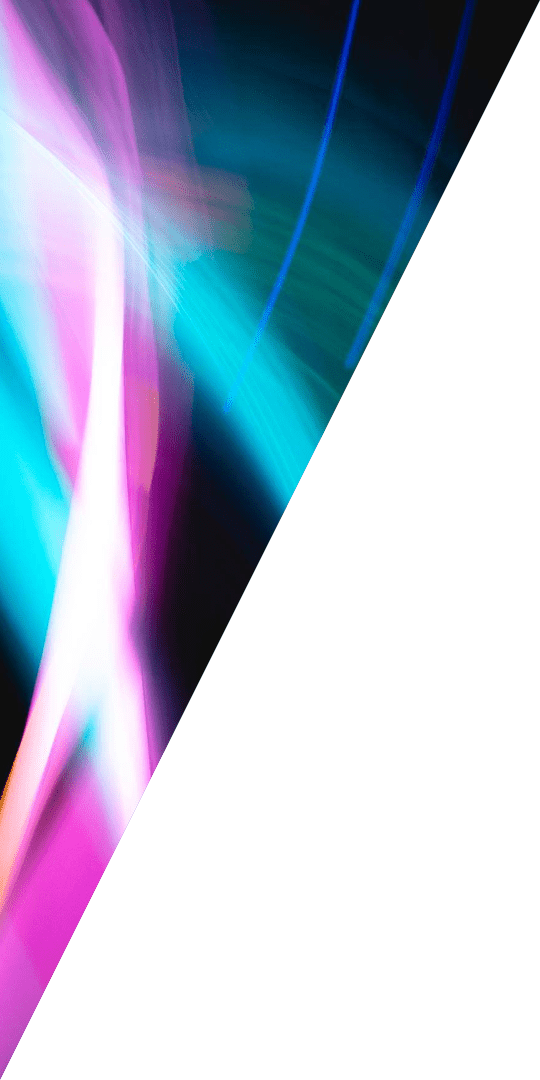 Author, educator and music industry veteran John Hartmann began his professional career in the famous mailroom of the William Morris Agency. He later served as the Morris Office liaison to Colonel Tom Parker the legendary manager of Elvis Presley.

His proven expertise in creating business strategies is evidenced by the quality and quantity of musical artists it has been his privilege to serve throughout his career. He was honored to receive the Talent Managers Association’s 2015 Heller Award for Lifetime Achievement in artist management. The crystal trophy was presented by Hartmann’s first client Jeremy Clyde of the British Invasion era folk-rock duo, Chad & Jeremy, some fifty years later.

Hartmann began his teaching career at Hollywood’s Musician’s Institute in 2004. He went on to lecture for ten years in the School of Film & Television at Loyola Marymount University where the students voted him Professor of the Year three times. He progressed to UCLA where he taught The Insider’s Guide to Music Management for seven years before his retirement in 2017.

He is the founder of The Holodigm Academy, an Internet company engaged in the creation and execution of the new music industry paradigm. The mission statement of The Holodigm is to ensure that the next generation of music belongs to those who create it. Hartmann’s textbook, “ROCK – Building Bands in the Digital Age” is a guide for songwriters, musicians and bands seeking to build careers in the music renaissance. In 2021 Hartmann completed his first novel “Above Below & Beyond” as the first in a series of action mysteries. 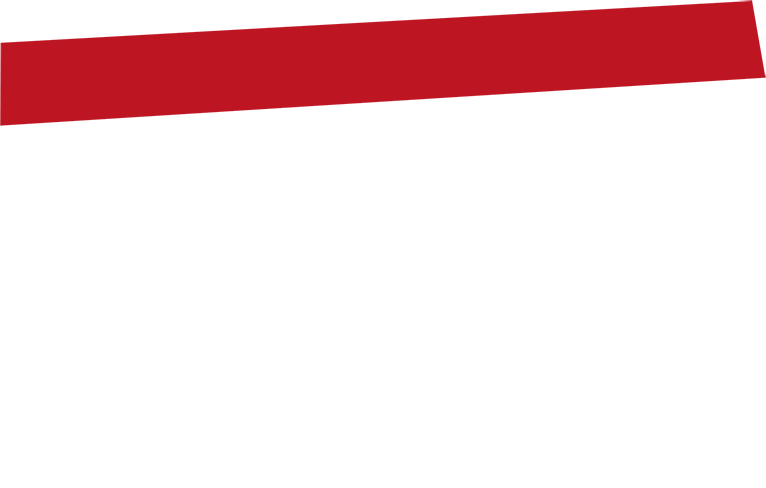 A little article here in Variety about John on receiving his Heller Lifetime Achievement Award for Excellence in Management - And what a fantastic achievement that is! 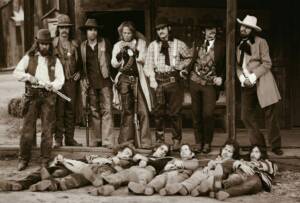 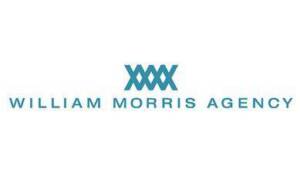 Hartmann entered the agent trainee program at the Morris office in early 1961. He was assigned to serve on the staff of “The Colonel” at the height of Elvis’ movie career.

John was promoted to agent in January of 1963. Assigned to the Variety Television Department, he represented the William Morris client roster to various studios, broadcast networks and production companies. He was responsible for signing many musical and comedy attractions to the agency, including: Chad & Jeremy , Sonny & Cher, Buffalo Springfield, Rich Little, The Shindogs and The Seeds. 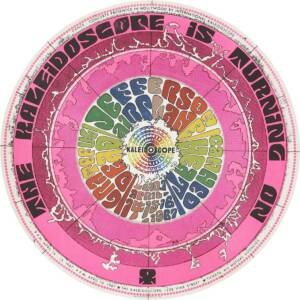 Two thousand fans packed the main ballroom of The Ambassador Hotel three nights in a row. Eventually The Kaleidoscope found a permanent home in the Earl Carroll Theatre on Sunset Blvd, in Hollywood. 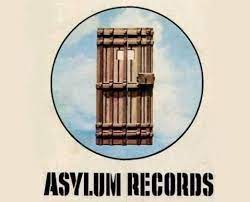 As general manager of this premier entertainment company, Hartmann joined music industry legends David Geffen and Elliot Roberts in providing personal management services to an extensive roster of the era’s most formidable artists.

Hartmann supervised the diurnal management activity for the entire founding roster of Asylum Records. As the manager of headline artists and baby bands Hartmann parlayed the power of their stars to launch the careers of early Asylum artists Eagles and Jackson Browne. Other artists on the roster included: Neil Young & Joni Mitchell.

Hartmann and GRC associate Harlan Goodman formed this prominent management enterprise around country rock originals Poco. H&G took a band shattered by the loss of lead singer Richie Furay and marched them to the top of the charts and platinum record sales. Their subsequent campaign for folk rockers America produced a string of top ten hits over the course of nine platinum albums. 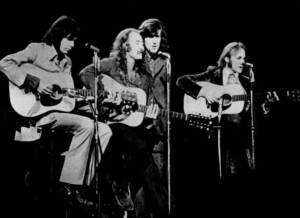 The list of attractions managed by Hartmann & Goodman includes among others: 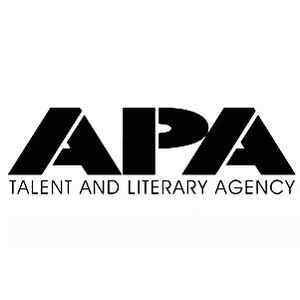 After a yearlong sabbatical to explore film production and writing, Hartmann completed three screenplays before returning to the talent agency business.

At APA, he represented the music roster to various concert promotion companies. 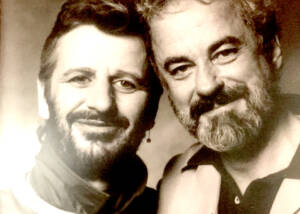 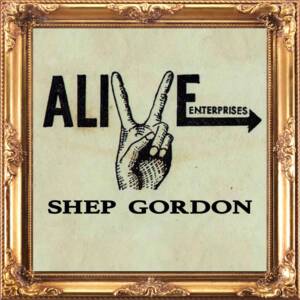 As part of the Alive team, John managed artists and coordinated the music for Alive Films.

Some of the clients represented by Alive include: Alice Cooper, Luther Vandross & Ringo Starr. 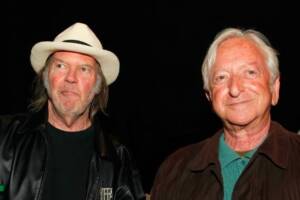 Hartmann joined ex-partner Elliot Roberts when he returned to Lookout Management where he managed artists and pursued TV and film projects with a focus on comedy. 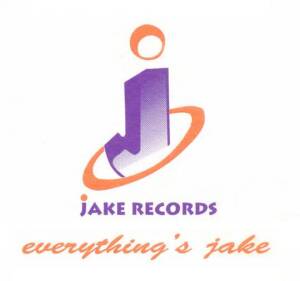 Some of those artists are: Les Brown & The Band Of Renown, Digital Underground, Charlie Wilson & J.T. Taylor.

Hartmann began his fourth career in entertainment at a small music college in Hollywood. He joined the lecture staff and presented The Holodigm Seminars for the first time.

The course was titled "Personal Management" and introduced the systems, mechanics, protocols and politics to the students. In 2004 he received the Professor of the Year award. 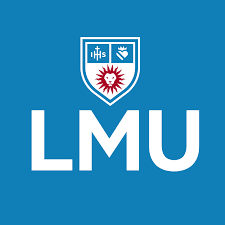 John added an additional school to his teaching program when he lectured at MI and in the School of Film & Television at LMU simultaneously. The course was called "Recording Industry Business Practice."

After winning the second of his three 'Professor of the Year' awards, the school invited him to create a second course which he called "Rock On Film".

This class presented the history of popular music through films and videos. It became the most popular course in the 100 year history of the university with 164 registered students. In 2009 the students voted John  professor of the year for a third time.

He joined the UCLA faculty and added "The Insiders Guide to Music Management"  to his schedule while  remaining an adjunct professor at LMU.

John  continued his practice of inviting stalwarts from the eight core professions of entertainment to speak to his classes. Videos of many of their lectures are presented on the website of Holodigm Academy.

Hartmann is the author of “ROCK – Building Bands in the Digital Age,” a do-it-yourself guidebook for musicians, performers and entrepreneurs seeking to create careers in the music renaissance.

In May of 2015 the Talent Managers Association presented Mr. Hartmann with its prestigious Heller Award For Lifetime Achievement In Management. 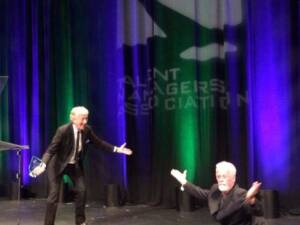 John being recognised for managing more than 100 bands in his career.

The crystal trophy was presented by Hartmann’s first client Jeremy Clyde, of folk rock duo Chad and Jeremy, some fifty years after the British invasion.

Back in 2004 a young singer/songwriter asked me to explain how the music industry works. We met in a coffee shop and on that occasion, I drew the first Holodigm image on a paper napkin.

Ever since then I have been using that visualization to describe the systems, mechanics, protocols and politics of the ever-evolving game.

In hundreds of hours of classroom lectures The Holodigm vision itself has also evolved into a comprehensive tool for describing how the business of music works in the twenty-first century. 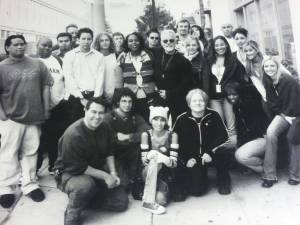 More than 3500 students from all over the world have taken the course at three California colleges.

In 2008 we filmed the entire 16-week course along with guest lecturers from the eight core professions of entertainment.

The Holodigm Seminars were first presented online in 2008 where thousands more aspiring musicians and managers have learned how to pursue careers in today’s music business.

The lectures in this series were presented to a class of 150 students.

Holodigm Academy as presented here represents a completely revised system for teaching the business of music management on the Internet. There are more than 30 hours of material presented in the lessons.

Although the basic studies are from 2008, their substance remains as true today as it was when the classes were first recorded. They do contain a few anachronisms, but the message remains true and valid. Along with the textbook the Holodigm system is clear and easily understood. Many of the predictions have already come true.

Progress is not achieved by the flip of a switch. Paradigm shifts move slowly, and they always defy the rules and methods of the ‘old way’ of doing things. Careers in music are one of the most coveted goals of each generation.

One of the most profound factors is that creating and performing a song provides enormous satisfaction to music makers. In fact, it sounds so good to the musician that almost everyone envisions themselves as qualified to compete in the professional arena.

Contention is one of the basic human instincts and entry to the game is readily accessible in the digital age. The weapons are basic and simple. The two primary activities are recording and performing. The method employed is to understand how the game is played, to take action on the core activities, to put in your 10 thousand hours of practice and never give up.

Not every player wins the game and mediocrity is not acceptable. Only greatness succeeds. It is perfectly fine to consider yourself great, but the only true judge is the music fanbase. By employing the Holodigm system and engaging with our online consulting and support services you increase your chances of making music the instrument of your survival.

If your songs are true to your genre and your musicianship becomes excellent through practice, you may be the ‘next big thing.’ If you insert yourself into the zeitgeist and speak to the influencers and music mavens in your musical niche, they will declare you one of the greats.

That is the Holodigm Academy promise.